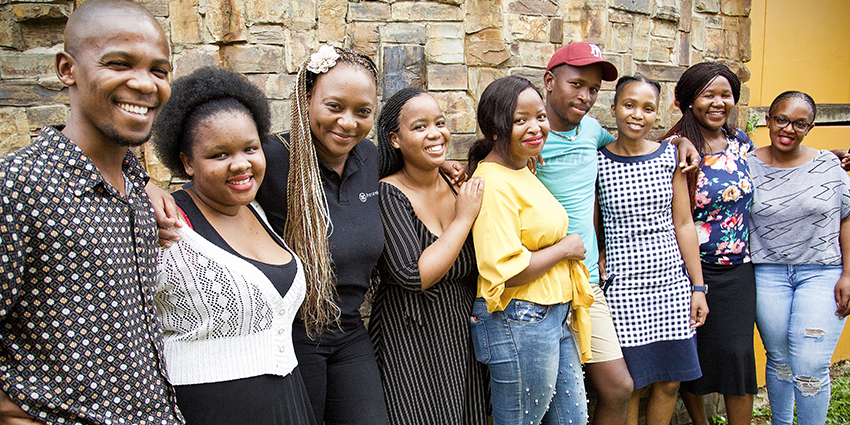 Cyril Ramaphosa is on the right track with youth unemployment

The government is listening to the experts on how to better prepare young people for the job market.

It’s easy to be cynical about the state of the nation address (Sona) and the government’s inability to deliver on the many promises it contains. And we should be, but the danger is that one overlooks signs of real progress, like President Cyril Ramaphosa’s response to the youth unemployment crisis.

I’m not talking about the 1% “top slice” that will be shaved off every department’s budget — unless Ramaphosa intends to use the resultant R20bn to extend the employment tax incentive (ETI). This youth wage subsidy is one of the few interventions that has actually increased youth employment.

What really struck me is that Ramaphosa is talking the language of Harambee, which is arguably the country’s most successful non-governmental organisation when it comes to preparing young people for the world of work and matching them to jobs.

In SA it is the pioneer of the “pathway” approach Ramaphosa touted in the state of the nation address. While it might sound woolly, employment experts agree there are huge benefits to be had in preparing marginalised, young people (who can’t afford job-search costs and lack strong social networks) for the workplace and then channelling them into jobs.

In a country where millions of young people reside in townships far from economic nodes, skills deficiencies are not the only barrier to finding work. According to one study, the job-search costs of the median unemployed, young person are R550 a month (R350 on transport and R200 on print, data and other costs).

The type of work seeker support provided by Harambee typically includes work readiness and interview preparation. Other interventions can be tailored around factors such as where each young person lives, how far they can afford to travel, and what type of work they can do realistically.

This means some of the training SA offers needs to shift to emphasise employability over certification. Hence Ramaphosa’s commitment to provide shorter, more flexible courses in specific skills that employers in fast-growing sectors need.

For instance, it takes just 12 weeks to train a young person for a job in a call centre. The presidency is working with the technology, tourism and agriculture sectors to replicate this model. It has also partnered with Harambee to work closely with the labour department and National Youth Development Agency to deliver the pathway interventions.

Harambee CEO Maryana Iskander is “encouraged” by what is being proposed: scale up approaches that are working, partner more closely with organisations with a proven track record, and back the whole scheme with a dedicated project management office in the presidency.

Harambee already knows a fair bit about scale. Through its partnership with the Gauteng government in support of the Tshepo 1Million youth empowerment programme, it has already delivered work-seeker services to 250,000 young people and enabled 45,000 jobs and work experiences.

That’s a ratio of 5:1. In other words, for every five people the programme has helped, only one got a real job or some work experience. So, if Ramaphosa meets his goal of reaching 3-million young people over five years, he might land jobs for 600,000 of them. The danger, of course, is that the weakened economy won’t be able to generate even this number of jobs.

As the Centre for Development and Enterprise’s Ann Bernstein says: “It’s one thing to help young people get into the queue for jobs, and to help them get to the front of the line, but the top priority for SA is to shorten the line by creating more jobs”.

Clearly, there is no substitute for growing the economy to increase the number of jobs. The top priority must be to implement reforms to achieve faster growth and incentivise hiring, all things the government is failing at.

But it is also true that the current system is not designed to help the transition of poor, young people into the economy. SA could be doing so much more to lift them on to the first rungs of the employment ladder.

This article was written by Claire Bisseker, assistant editor at Financial Mail, and appeared in the Financial Mail (24 February 2020) under the headline “Cyril Ramaphosa is on the right track with youth unemployment“.

Since the Department of Basic Education opened applications for the next cohort of school assistants just two weeks ago, over 940,000 young people have applied via the zero-rated recruitment platform called SAYouth.mobi, which forms part of the national Pathway Management Network.

In this episode of the Impact Room, we meet the women leaders charting a new course against unemployment – and delivering results.

When scale is not enough: To tackle youth unemployment in South Africa, we need systems change

No single social enterprise can scale operations enough to address the significant, complex, and severe crisis of unemployment and specifically youth unemployment in South Africa. What is needed is systems change, which recognizes and address the complexity of the challenge to go farther and faster together.