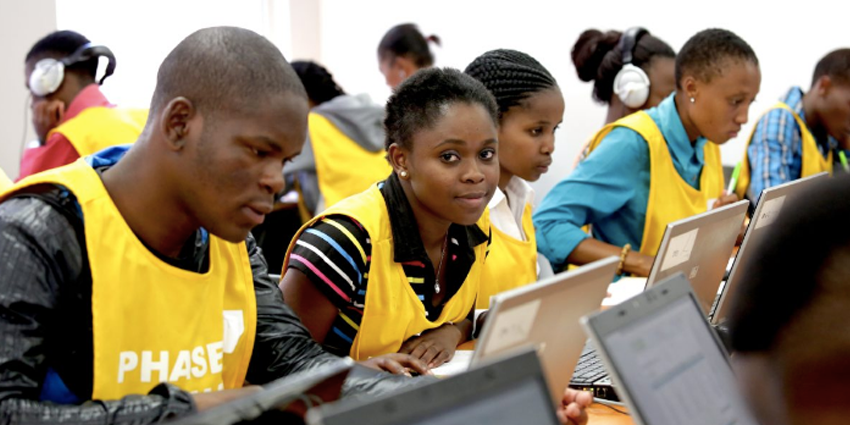 “We shifted our processes to focus on assessments that include – not exclude – and worked with employers to change their practices as well. And we have not stopped iterating in this space – constantly adding, removing, and pivoting to include more young people”.

Although better solutions tend to come from iteration, it can often be a counter-intuitive way to work in large-scale development projects. Not because those who work in the sector don’t see or believe in its benefit, but because the processes and requirements (often imposed by donors) that shape how these projects are delivered, do not accommodate iteration easily.

Too easily ‘the pilot’ (the opportunity to experiment and learn so that you can adjust before you actually begin) that marks the outset of a new intervention blurs into the main program without the benefit and rigor of real iteration. Why? Because typically funding is secured for the delivery of a predetermined set of outcomes described in a particular way against a budget that is already planned and approved. Promises are made to do something specific which becomes hard to change, or maybe even scary to do because there were things you didn’t know when you started. For example, it is hard to apply for funding without providing detailed budgets, staffing plans and metrics. What happens when you get into it and all those assumptions are wrong? Even when it is hard to do, iteration is vital for realizing impact.

Do, iterate, iterate again, and again.

Our own experiences have shown the power of iteration and how overcoming the fear to iterate can result in unexpected, better solutions. Harambee Youth Employment Accelerator works to place South African youth from poor households who are excluded from the labor market into a first job. When we were in the pilot phase, Harambee used the same assessments that employers were using (testing math and English) to determine the match of youth to different types of jobs. Unsurprisingly, the results were disappointing across the board as they reflected what was already known – young people with poor quality schooling would do badly on tests that only measured their math and English. We had to pivot, and quickly. Rather than test only for school-based knowledge, we shifted to measuring the ‘learning potential’ of a young person – their capacity to acquire new information and apply it to solve problems. The result of this shift was remarkable and completely changed our model. We found that nearly 75% of young people who had low numeracy scores actually demonstrated the learning potential needed to do an entry-level job. We shifted our processes to focus on assessments that include – not exclude – and worked with employers to change their practices as well. And we have not stopped iterating in this space – constantly adding, removing, and pivoting to include more young people.

These kinds of changes meant we had to also bring our funders and other partners along on the journey. We had promised one set of deliverables and found ourselves delivering something else. The key was to help everyone see that we had to stay in love with the problem, not the solution we put into the grant proposal. Being very proactive with funders about why a current solution is not working and what new learnings are emerging from iteration is the key to keeping everyone’s expectations aligned at every step of the way.

Iteration can sometimes produce unexpected insights. In the early days, we kept trying different interventions to ensure that young people who had travelled to take the job assessments would do well. After a few different attempts, we discovered that when we simply provided a piece of fruit and a peanut butter sandwich, the test scores went up by a whopping 30%! It was a simple insight – none of us should take important tests if we can’t concentrate from being hungry. Harambee has made over 1.2 million peanut butter sandwiches (and counting!) as a result of this accidental iteration.

Harambee has taken these and other lessons learned to help 50,000 youth get their first job and build an active network of 450,000 work-seekers.

We are now putting the power of iteration to the test as we adapt our model for establishment in Rwanda, a new geography. We are trying to learn as much as we can before we hire full-time staff or set up operations. The pilot plan calls for providing assessments and ‘work-seeker support’ to 1,000 youth so that we can match them to available jobs.

At our level of scale in South Africa, we could easily reach 1,000 youth in less than a week. But in Rwanda we are choosing to work with 250 youth per week, and only for one week of each month so that we can iterate anew every three weeks to make the changes, tweaks, and pivots necessary for meaningful impact.

Even though we were geared up to kick off our pilot next month with the first group of 250, the Harambee itch to iterate led us to run two ‘pre-pilot days’ this month – one day with 10 youth and a second day with 30 youth. That was a good idea! Many of the interventions we planned for the pilot needed to change (the level of English comprehension was too low for our assessments) as well as many things we hadn’t even thought about (peanut butter sandwiches are not common in Rwanda so what snack do we serve)? It is a lot easier to fix, adapt, and get it right with 10 customers than it will be with 250, 1,000, 10,000.

So now we have three weeks to iterate, try again, fix for the next three weeks, and try again. We believe this will allow us to build a scalable solution for Rwanda more quickly than the traditional approach of building end-to-end operations and then trying to fix what doesn’t work.

We are thinking big, but acting small – a key principle of Lean Impact. What we learned from 10 people will shape what we deliver to 1,000 people. And in a matter of a few short months. We already know that we need to slow down the many activities we had planned so that we deliver a clear value proposition that will make Rwandan youth (our customers) want to come back for more and also recommend us to their friends.

We expect that this journey will be messy with plenty of unknowns. Because of our ‘pre-pilot’, the original budget and plan we developed are already out of date. We have to change what we promised our partners, funders, and team. Iteration, like friction, can generate heat. But it will also generate progress and impact.

We worked on this article with Ann-Mei Chang, Executive Director of Lean Impact who has recently written a book called Lean Impact: How to Innovate for Radically Greater Social Good.