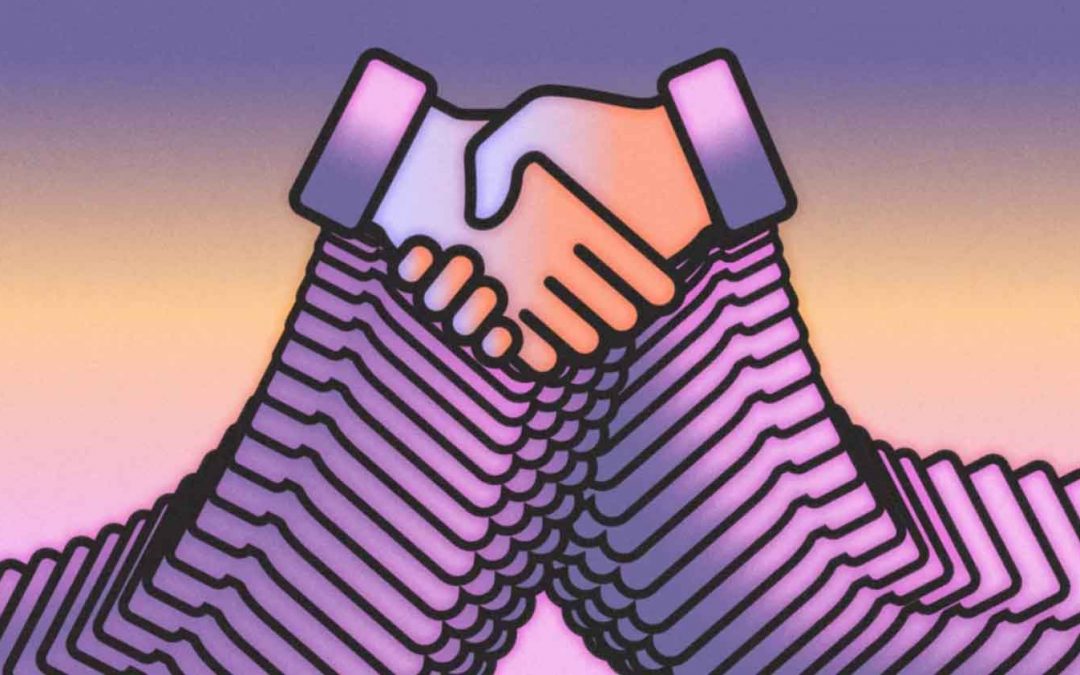 Memo to Silicon Valley: Here’s what “blitzscaling” looks like in the non-profit world

Stop asking us to follow in the footsteps of private sector unicorns. For us, impact at scale looks very different, write two non-profit CEOs.

Funders and stakeholders constantly exhort non-profit leaders like us to “10X or 100X” our programs to serve more people. Look to Silicon Valley, they urge, for lessons on “blitzscaling” and driving “hockey stick” growth. How can you take a page, they ask us, from unicorns like Uber and Airbnb, to exponentially scale from startups to market leaders that redefined their markets?

To which our response is . . . thanks but no thanks.

While we appreciate the intent, we believe this advice is fundamentally wrong-headed. Many nonprofits operate in sectors dominated by public funding, like education and healthcare. Governments cannot (and should not) be shoved aside from delivering public services in the same way that hard-charging unicorns shove aside their competition.  In the workforce sector, where both our nonprofits operate, most of the funding—as well as the people who face the greatest challenges—sit in public vocational systems or other government programs that stretch across cities, regions, and countries. No single nonprofit could ever expect to scale its direct delivery to meet such massive needs.

Of course, we’d all like to reach more people, who wouldn’t? Together, our nonprofits have served over one million people. We now know what works consistently and cost-effectively in varying contexts. But rather than aspire to market domination, we are chasing a different goal, one that we believe is the right way to deliver unicorn-size impact: becoming the biggest possible system shapers For us, the number of people we serve doesn’t tell the whole story. Instead, our true purpose—and that of many others like us—is to lift the overall quality and effectiveness of the existing structures for delivering societal goods in which we work.

This means removing structural barriers that impede service delivery; inspiring change to antiquated practices and policies; enhancing metrics (often by showing what really should be measured), and reconfiguring misaligned incentives.  Having the impact of a unicorn means embedding practices and interventions that non-profits like ours have proven will work better into complex, hard-to-change government systems.

How do we do that? It starts by making it easier for governments to engage with us, moves from there to fostering their willingness to adapt – and ends with helping them to scale proven innovations.

Ten years ago, Harambee began helping employers in the contact centre industry in South Africa make their hiring practices more inclusive by, for example, shifting them to measure key attributes like a young person’s learning potential rather than rely only on math and English test scores. Eventually, our success led to an alliance with the South African government and the industry association to accelerate change at a sector level, not just for individual companies. We collectively redesigned government’s incentives to tie any subsidy to a requirement that companies source a minimum of 10% of new hires from previously unemployed youth. Since then, we have seen a doubling in the jobs created in this sector during a time of otherwise sluggish economic growth.

Generation has partnered with multiple governments to achieve higher employment outcomes. For example, in India, Generation helps training providers who receive public funding to use our methodology.  Our comprehensive approach starts with pre-confirming job vacancies and then conducting profession-specific bootcamps based on the daily activities that our graduates will actually perform on the job.  It also includes offering social support services during and after the bootcamps, placing graduates in jobs, and tracking outcome metrics for graduates and employers.  As a result, providers have increased their employment rate by 40-50%. We are now moving on to gathering job retention data (which was not previously tracked) so that together we can measure program productivity – there is little value if a newly employed graduate gets laid off one month later.  Similarly, in Spain, the publicly-funded training providers we support have more than doubled their employment rate.

Governments can do much more to expand and build on these early successes. For example, rather than reimburse providers solely based on numbers trained, they could trial funding vocational institutions based on the employment, income, and job retention outcomes they deliver.  Such a shift would incentivise public providers to gather and monitor this kind of critical data at the program level, which few do today. This data, in turn, could then provide the fact base and appetite for spurring governments to tackle a much bigger problem: redesigning decades-old policies and incentives across the entire public workforce system.

To accelerate this kind of large-scale change, foundations and other funders should also redirect their financial clout to demand that the nonprofits they support show a clear path to embedding their work inside government systems. Co-Impact and the Skoll Foundation are two important philanthropic leaders who already support this direction, in part by giving social enterprises longer time horizons to achieve system change using multiple measures of impact.

To achieve 10X, or even 100X, our current impact, non-profits like ours must develop a dual mindset of innovating and systematising.  Like our for-profit peers, we must first innovate new delivery models to demonstrate effectiveness.  The successes here are legion. But to really scale up, more non-profits (including ourselves) must work harder to drive the second piece – learning how to work together with government and other partners to embed these new models into existing public processes.

Change this big never happens overnight. But as more of us in the social sector sharpen our understanding of what being a true non-profit unicorn is really all about—and then shift how we operate—mountains, we are convinced, will begin to move.

Source: This article was written by Mona Mourshed, founding global CEO of Generation: You Employed, and Maryana Iskander, CEO of Harambee Youth Employment Accelerator, and was originally published by Fast Company on the 5 March 2021 at https://www.fastcompany.com/90611533/memo-to-silicon-valley-heres-what-blitzscaling-looks-like-in-the-nonprofit-world?partner=rss&utm_source=rss&utm_medium=feed&utm_campaign=rss+fastcompany&utm_content=rss?cid=search.