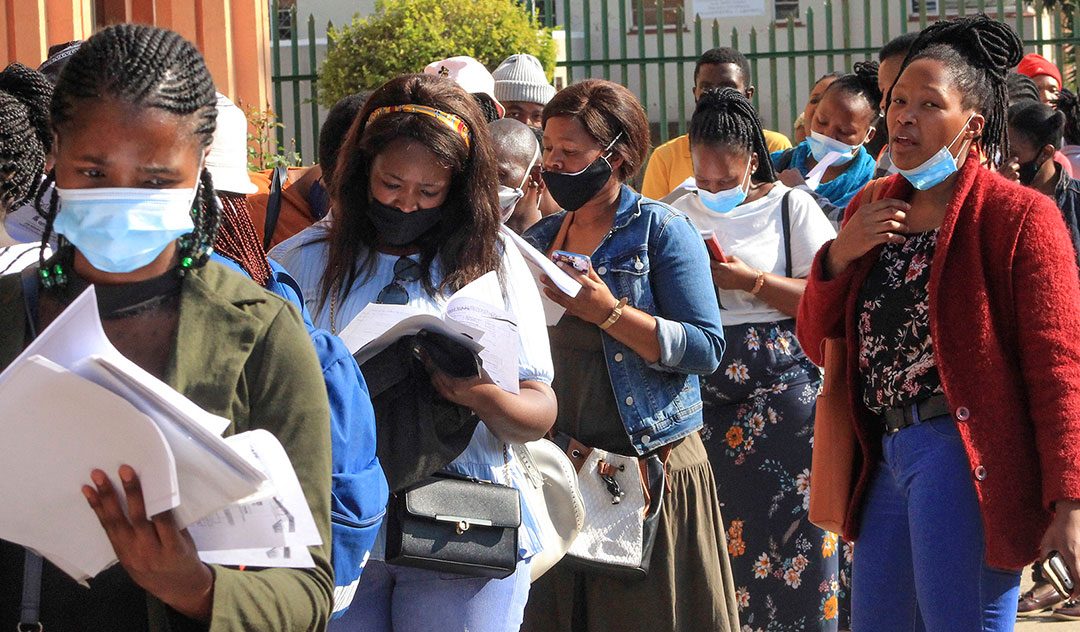 South Africa’s youth unemployment has been rising steadily and, according to Stats SA, is now at 46.3%. Under the expanded definition (which includes those discouraged from seeking work) it rests at a shocking 74.7%. Non-profit organisation Harambee is doing its bit to resolve the crisis.

Harambee Youth Employment Accelerator helps young people find employment and offers support such as interview preparation. They also provide a platform for young people to look for job opportunities without worrying about data costs. They work with several partners to link job-seekers with suitable job placement.

One of the strategic partnerships is with the Presidential Youth Employment Intervention. It has a zero data-rated platform where the unemployed can register their CVs and access a range of volunteer, learnership, bursary and work experience opportunities.

The venture is called SA Youth mobi and it’s being launched in conjunction with the presidency on Youth Day. The aim is to give youth  “access to learning and earning opportunities”. It is open not only to South African ID holders, but also to those who have legal refugee status.

Harambee believes South Africa’s youth unemployment crisis is the result of a poorly performing education system, inequality and a job market that is not growing.

Speaking to Maverick Citizen, Harambee Chief Brand Officer Kuben Nair said that after the economic recession of 2008, many jobs were lost and were never recovered. The situation has been further exacerbated by Covid-19.

Nair said most businesses tend to be risk averse during times of crisis and as a result would be more cautious in their hiring policies, locking young people out of employment opportunities. This translates to them tending to rather hire older people who have more job experience and stability in order to safeguard the performance of their businesses from any potential future shocks as a result of recession or other disasters.

This conservative practice has been part of what has led to a shrinkage in job market opportunities for the youth, and a shortage of companies willing to facilitate work experience.

Nair said the majority of work-seekers are from disadvantaged backgrounds and mostly depended on grants to sustain themselves. They often find it expensive to pay for things like transport and data: a study reported that some job-seekers pay up to R900 a month in transport costs alone.

This is what led to Harambee piloting a transport partnership for work-seekers registered to the accelerator, to be taken to and from interviews by Taxify, using a voucher system.

Agatha Magagane, who registered with Harambee, said: “I am honestly full of excitement and have changed a lot since I have begun with this course. It answered all the questions I wanted to know about why I was not getting a job.

“It also keeps me going because I now see that I can also volunteer or self-hustle. While looking for an internship, I now know what information is important to put in my CV and cover letter, how to perform in an interview and so on.”

Nair said Harambee found the issue with hiring was less about skills and more about attitudes and a willingness to learn. He said the organisation is invested in trying to get employers to use more inclusive hiring methods using indicators other than qualifications and experience, to grant more work-seekers an opportunity.

Advising young people exploring creative avenues to employment, he said “youth should not discount side-hustles like hair braiding and DJ-ing, because they are a form of income generation”.

Asked whether he thought unemployment in South Africa would ever be resolved and organisations like Harambee would become obsolete, Nair responds: “Not in my lifetime.”

He says there is still much to be done from a government policy perspective, such as socio-economic restructuring in terms of current inequalities as well as boosting the confidence of businesses in giving young people a chance.

Nair says that over the 10 years that the organisation has been in existence, it has helped 1.4 million young people and created 530,000 employment opportunities.

More information can be found on the Harambee website here.